"Ruddigore, or The Witch's Curse" was the 10th collaboration between Gilbert and Sullivan. The "supernatural opera" opened on January 21, 1887 at the Savoy Theatre and ran for 288 performances. It was not revived until 1920 when it was substantially cut and provided with a new overture arranged by Geoffrey Toye.
The opera is a parody of the stock melodrama — the villain who carries off the maiden; the priggishly good-mannered poor-but-virtuous-heroine; the hero in disguise, and his faithful old retainer who dreams of their former glory days; the snake in the grass who claims to be following his heart; the wild, mad girl; the swagger of fire-eating patriotism; ghosts coming to life to enforce a curse; and so forth. But as one critic noted, Gilbert turns the moral absolutes of melodrama upside down: good becomes bad, bad becomes good, and heroes take the easy way out.
The Baronets of Ruddigore are cursed. Anyone who succeeds to the title has to commit a crime every day — or perish in inconceivable agony.
Robin Oakapple, a young farmer loves Rose Maybud, but both are too shy to tell the other. But Robin has a secret. He is really Sir Ruthven Murgatroyd, the rightful Baronet of Ruddigore, in disguise. His younger brother, Despard, believing Ruthven to be dead, has assumed the title. Robin's foster brother, Richard, seeking Rose for himself, tells Despard of Robin's deception, and Robin is forced to accept his true position, losing Rose to Richard in the process.
Now the Baronet of Ruddigore, Robin is confronted by the ghosts of his ancestors who step from their picture frames in the gallery of Ruddigore Castle to confront him for failing to conscientiously commit his daily crime. Robin eventually finds a way of satisfying his ancestors' demands whilst continuing to live a blameless life...
(text from The Gilbert and Sullivan Archive)
In this 2018 production Robin is joined by his friends Bruce and Wayne, at least one of the professional corps of bridesmaids has become disillusioned with her role and Dame Hannah arms herself with a light sabre.
see the show programme read the NODA report

see snippets from the show video

Thanks to Stephen for these photos. 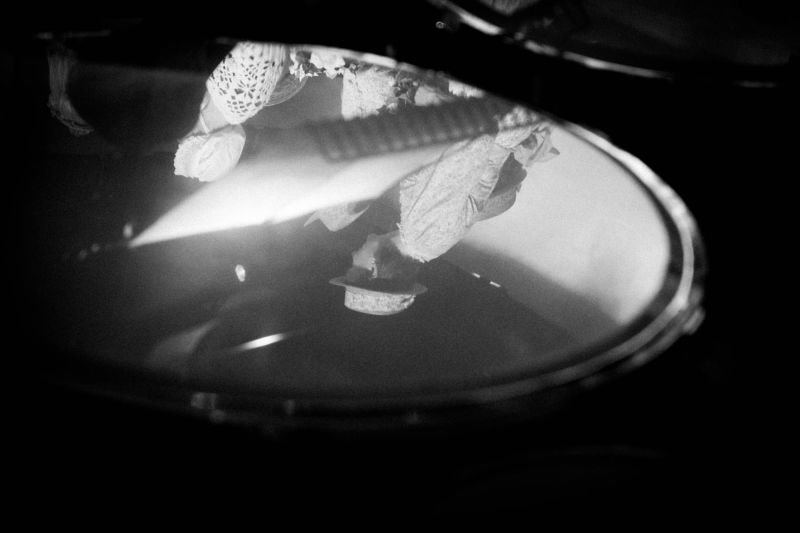 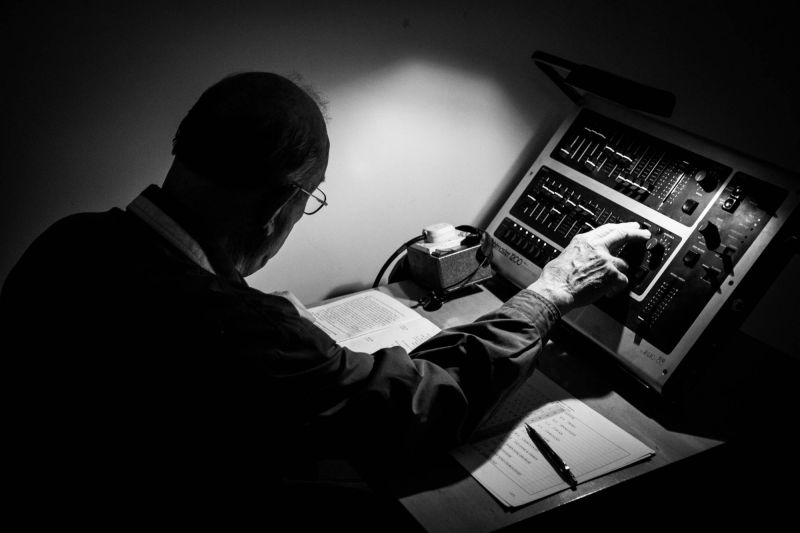 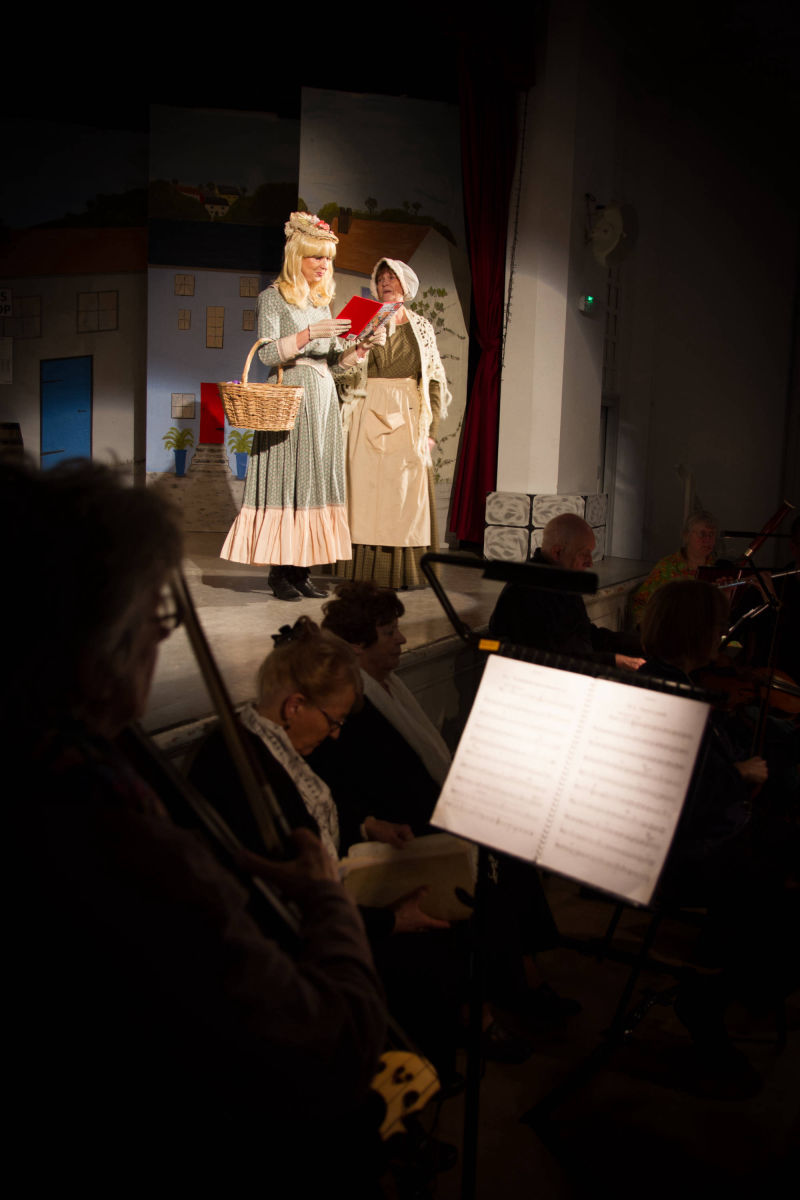 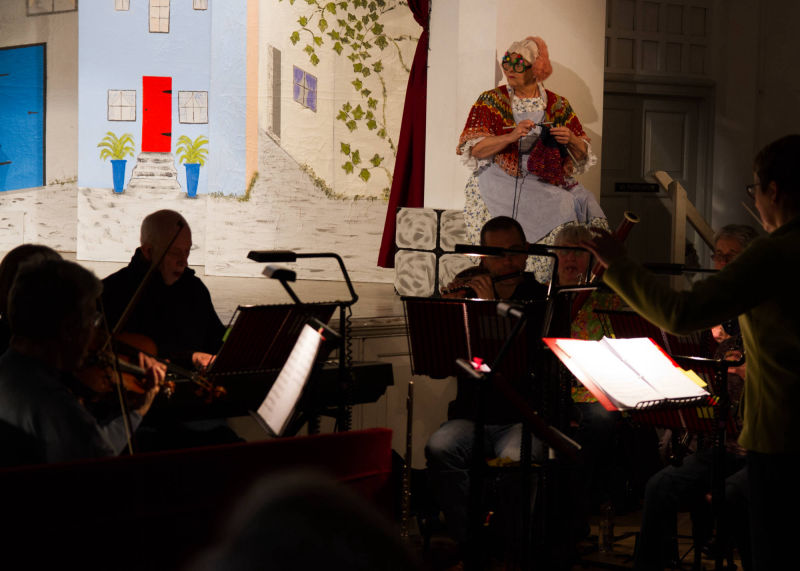 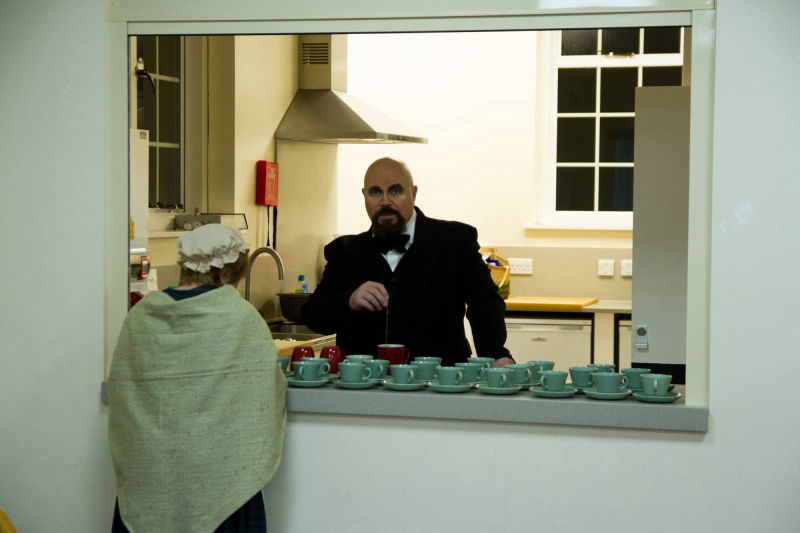 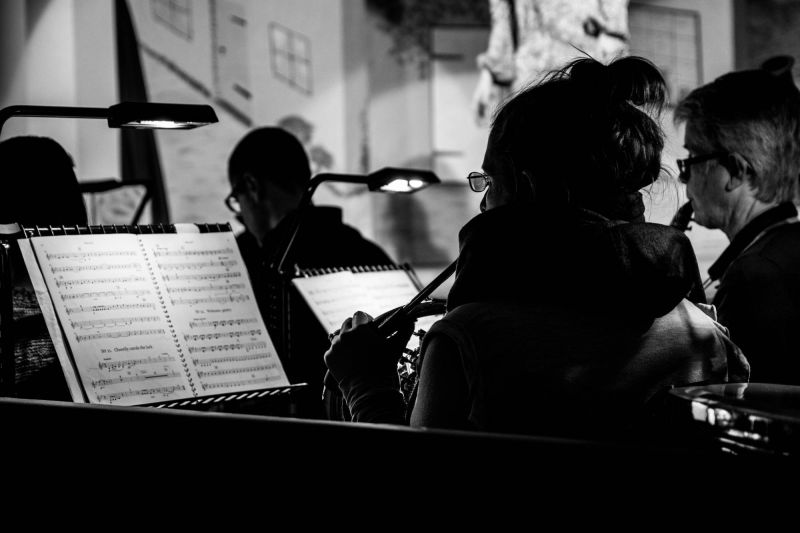 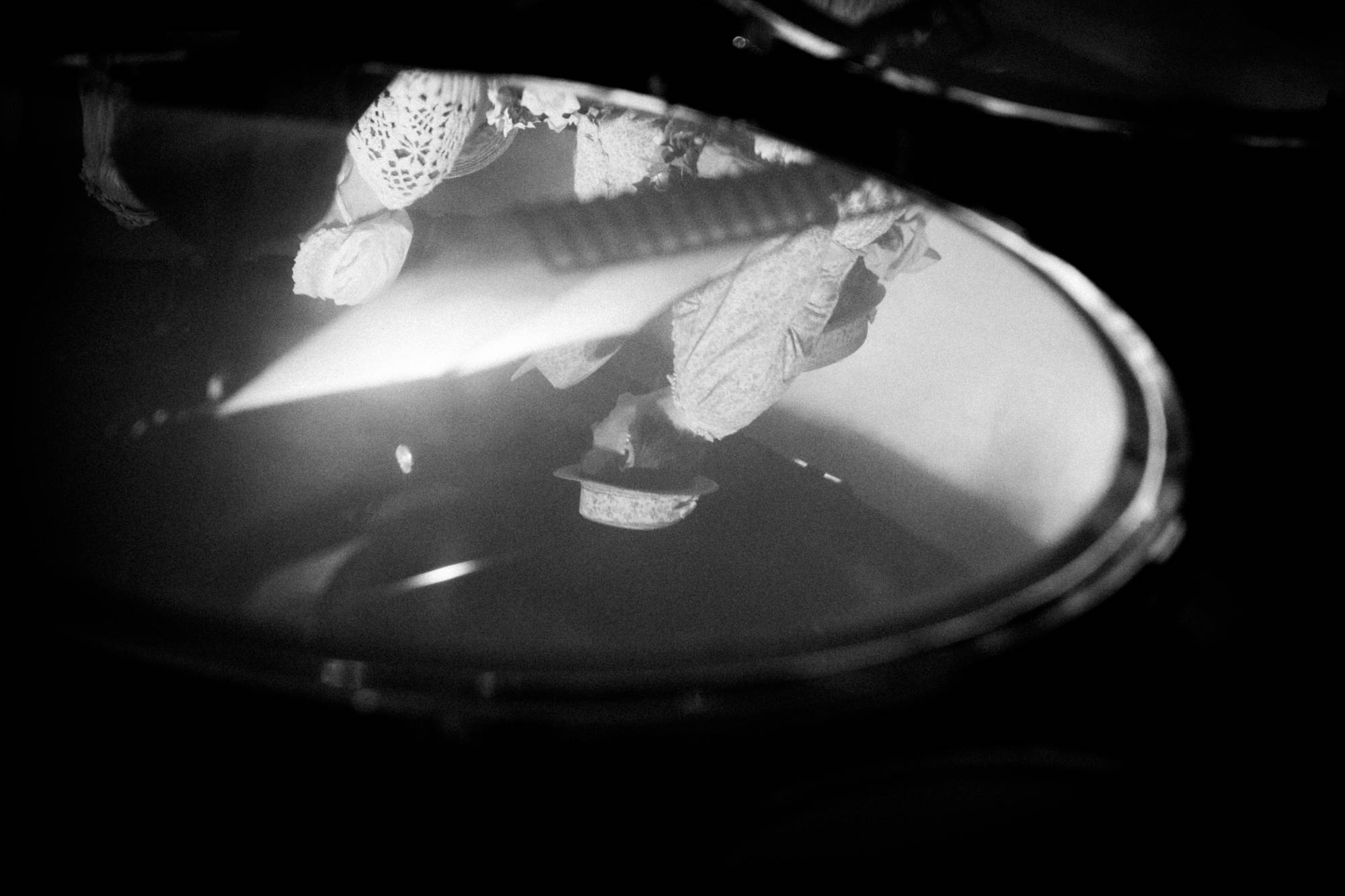 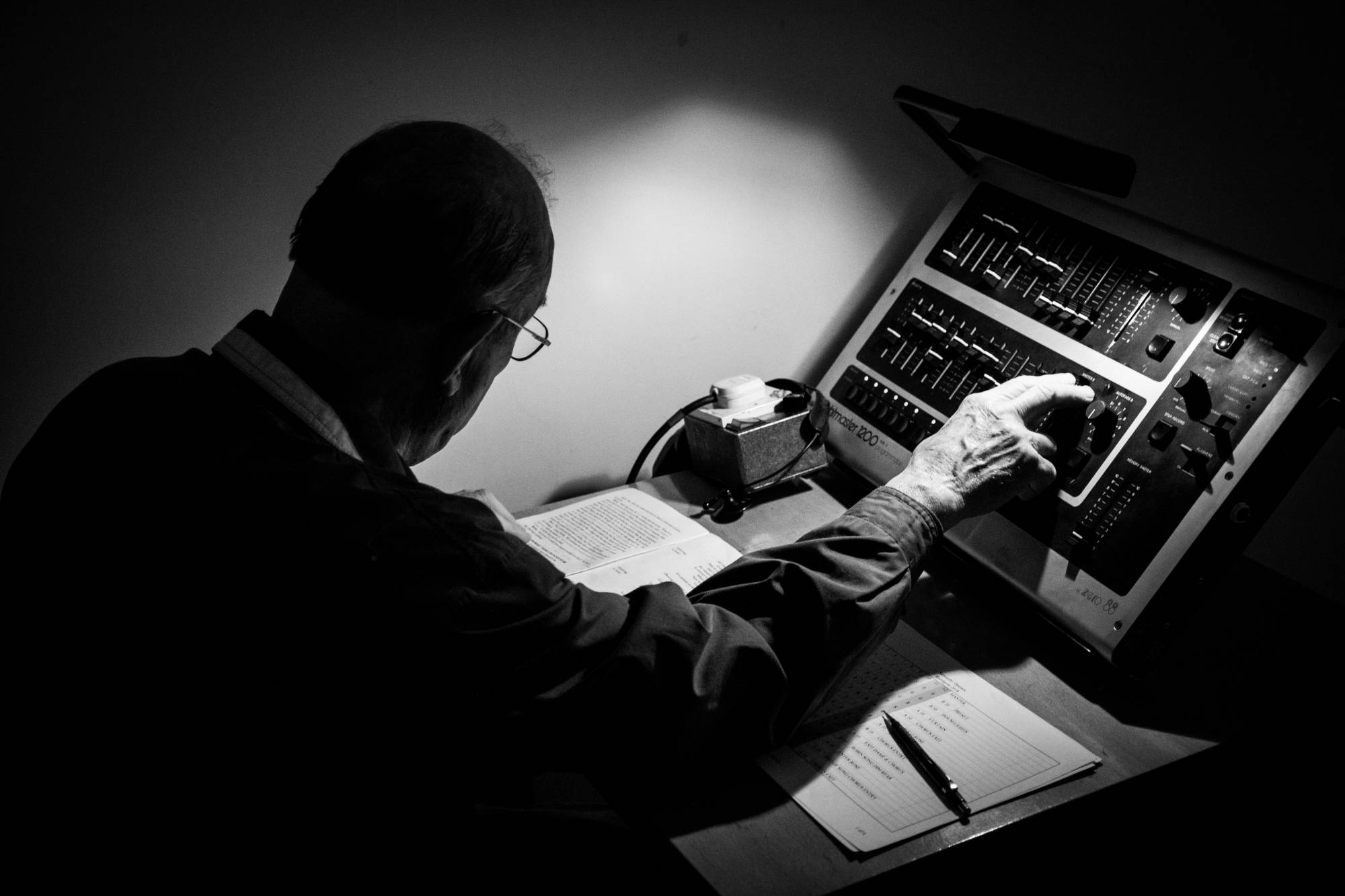 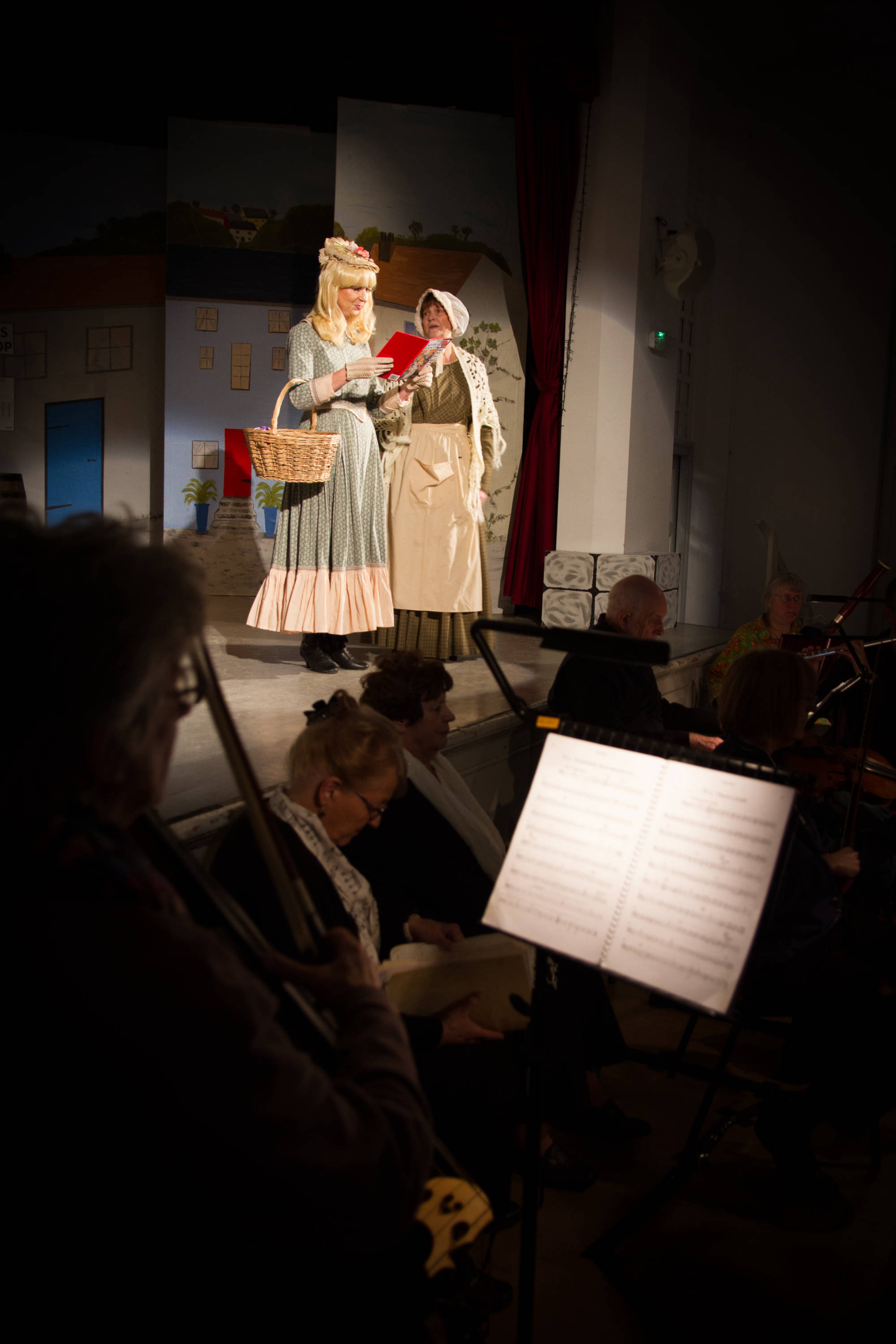 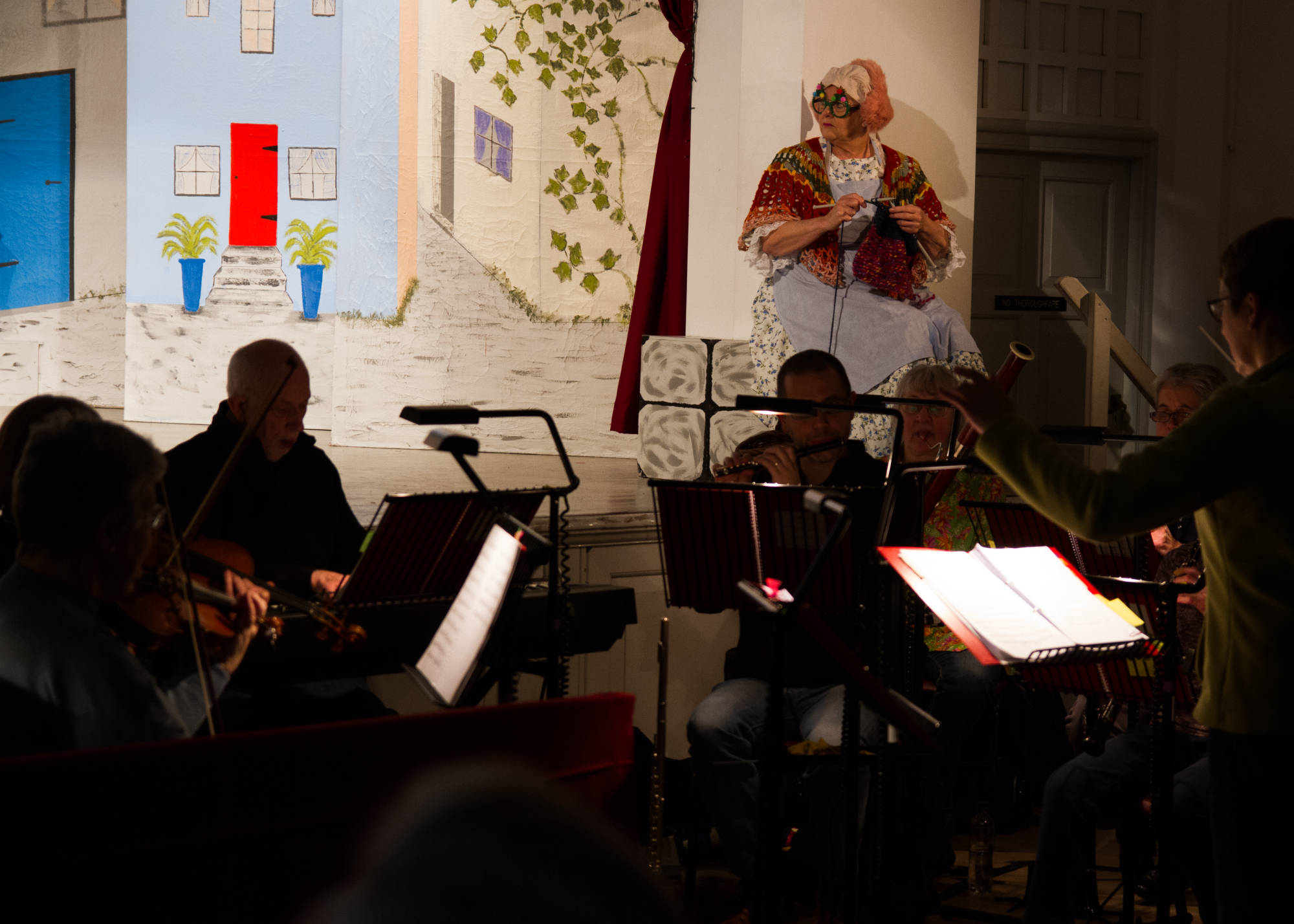 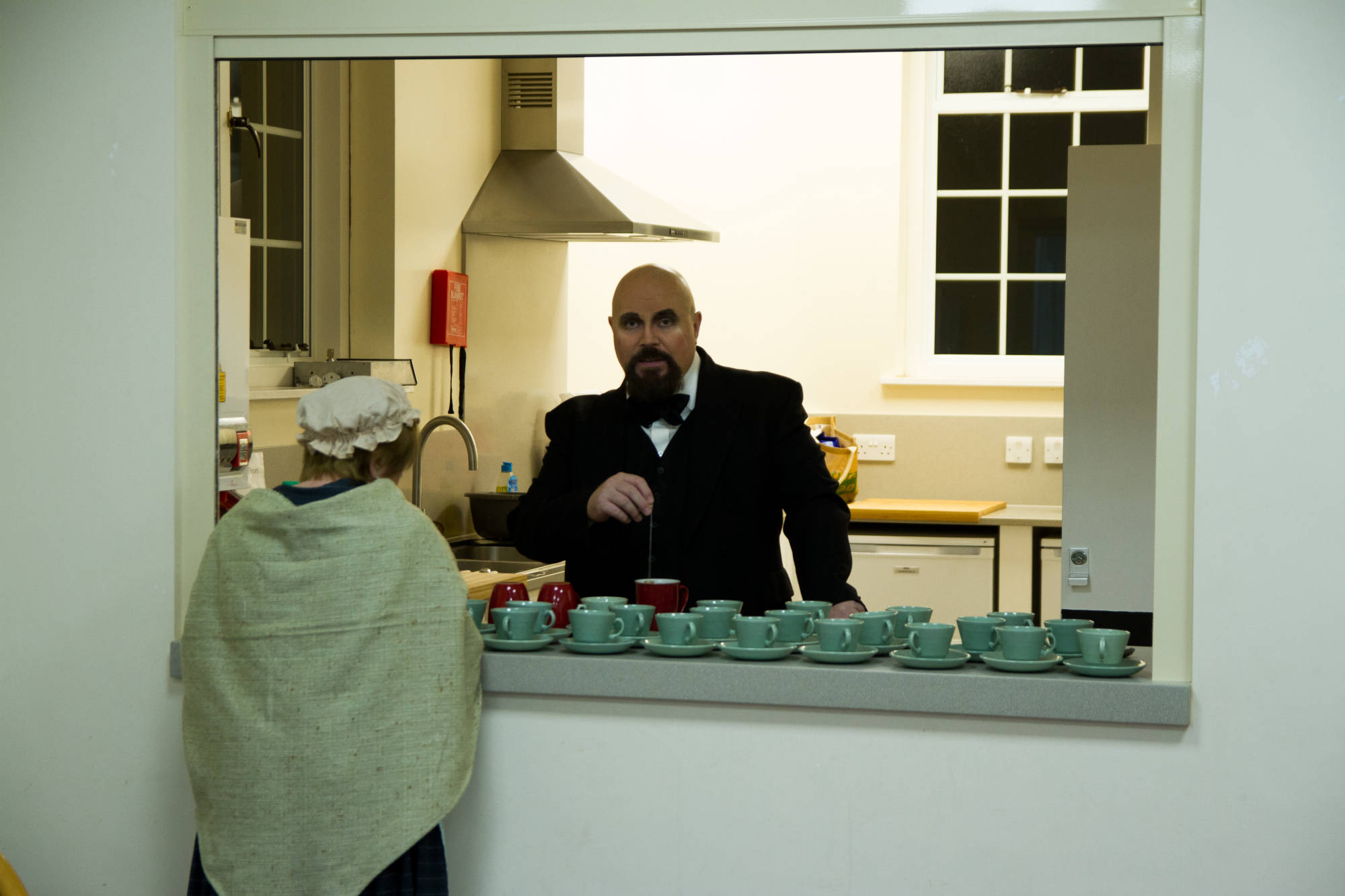 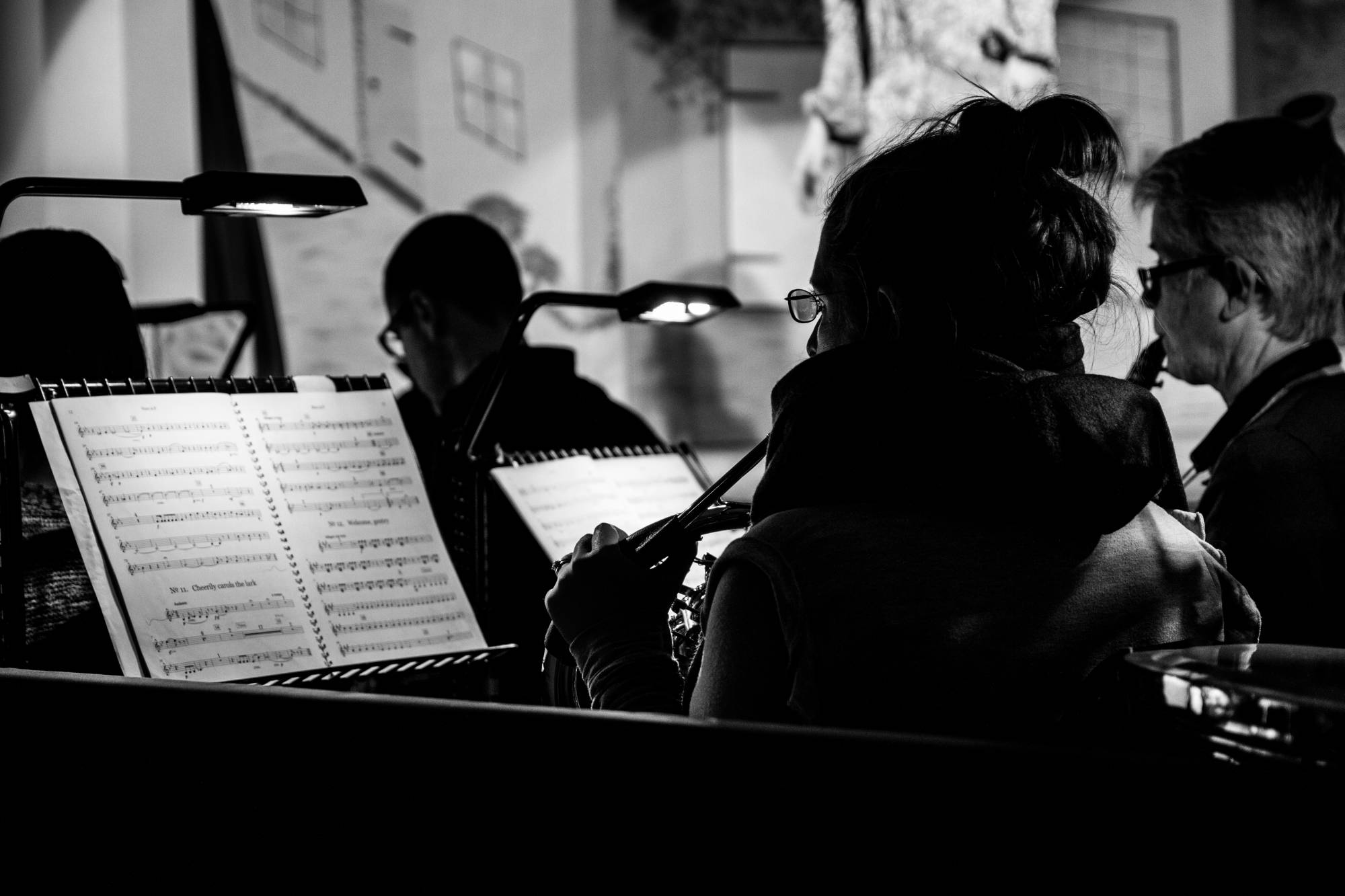 If you would like more information on any aspect of the society
• to perform
• to help out
• to see a show
please contact Hazel
phone: 01908 616213
email: information@saods.org.uk

We rehearse and perform in Stewartby. Early rehearsals are held at the church hall, later rehearsals and the performances are at Stewartby Village Hall.

for comments or questions about this web site please contact